Who is Sara Falli

Sara Falli is a Florentine painter and writer.

Her training began at the Academy of Fine Arts in Florence, where she studied painting, printmaking and scenography.

While studying at the Academy, she collaborated in the production of multiple short films with the director Antonio Capuano, but her passion was with the paintings that she had cultivated before, during and after her studies at the Academy.

In the city of Todi in the year 2000, she had her first personal exhibition in the deconsecrated church of Saints Philip and James. From that moment on she was present in many group exhibitions of painting and engraving, including in S. Croce sull’Arno, Montelupo Fiorentino, Monteloro and in other spaces for young artists from the city of Florence.

In 2009, she again had the opportunity to show her works in a solo show at the Artsenal space for contemporary art in Florence, where she exhibited her pictorial works, photos and installations. In 2010 her paintings were selected for the set design of the film “Weddings and other disasters” by Nina Di Majo with Margherita Buy, Fabio Volo and Luciana Littizzetto, which was released in April 2010 in Italian cinemas.

In 2010, she once again had a solo show at the Palazzo Comunale in Fiesole, followed in 2011 by an exhibition at the Limonaia di Villa Vogel in Florence, where she exhibited her Works on Canvas.

Many of her works on ink paper and mixed media have attracted the interest of the foreign press, appearing in contemporary art magazines such as PAS UN AUTRE, based in Los Angeles, and JAGR, based in Tokyo.

For a couple of years now, she has increasingly focused on ink-based paper and mixed media on large-format canvases.

Sara Falli published her first novel “Vita di Saragaia”, Neon series directed by Aldo Nove with TEA publishing house in 2007. The novel is of an autobiographical nature, and tells the phases of growth and maturation of the protagonist, through the eyes of a child and then a woman, the writer provides a very personal and intimate portrait of Italy from the 70s to today.

She won awards for illustration for children including the competition organized by the Teatrio Cultural Association in 2006 and 2007. 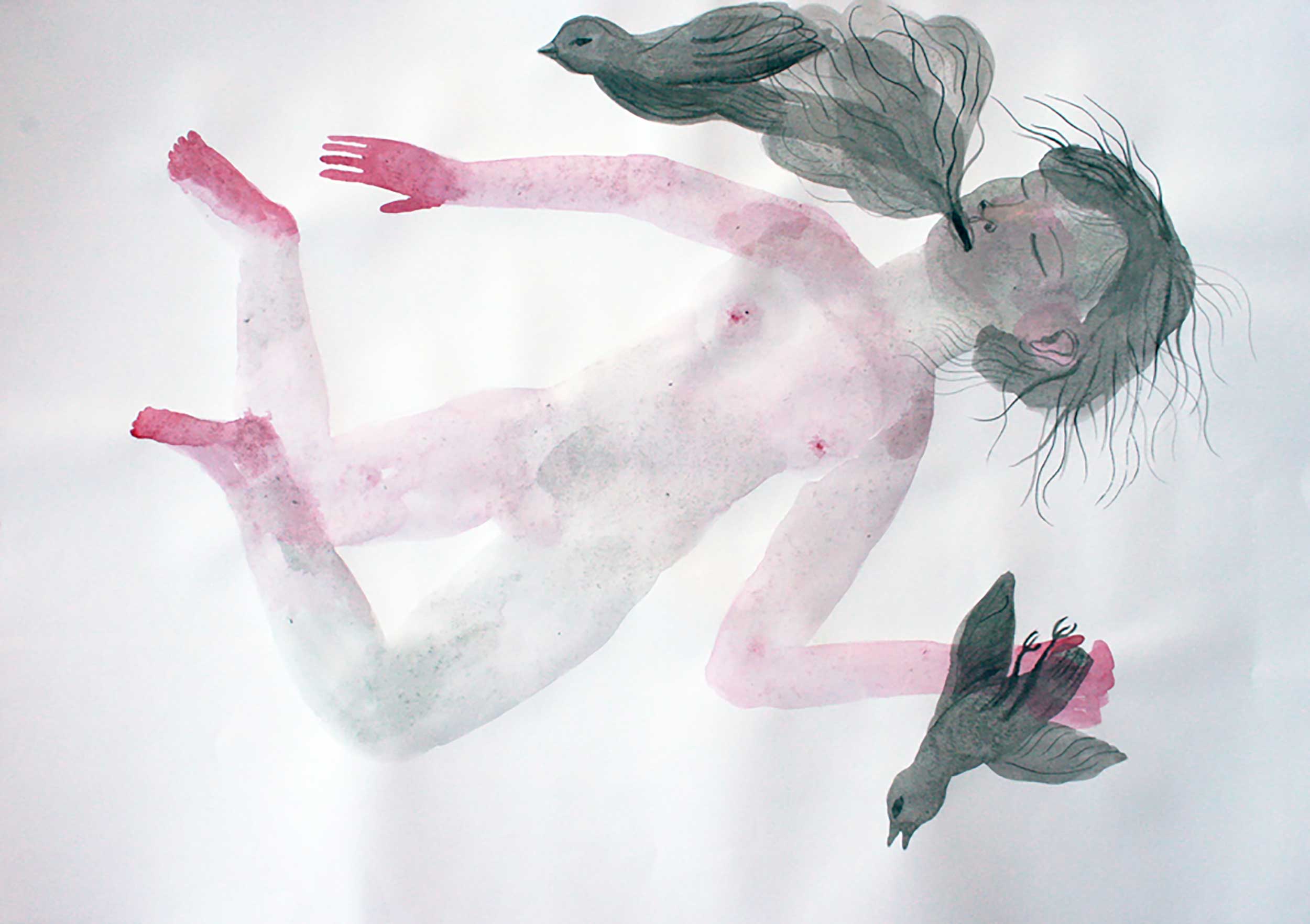 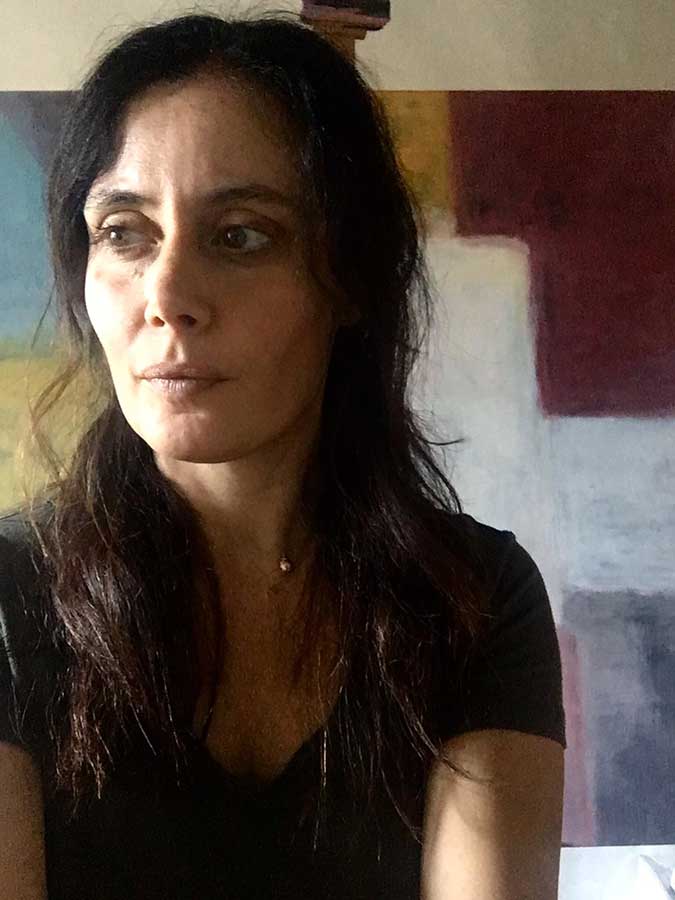 “My inspiration comes from work and exercise. I never take an example from other artists in form and content, but only in their application, their dedication to the work, and their ability to be free to express themselves in spite of conventions.

I never know what to expect when I start a new job, because form and content are born in the creative process. However, recurring themes in painting are the human figure, the worlds of animals and plants, and symbolism and stylized forms.”

What I am currently working on 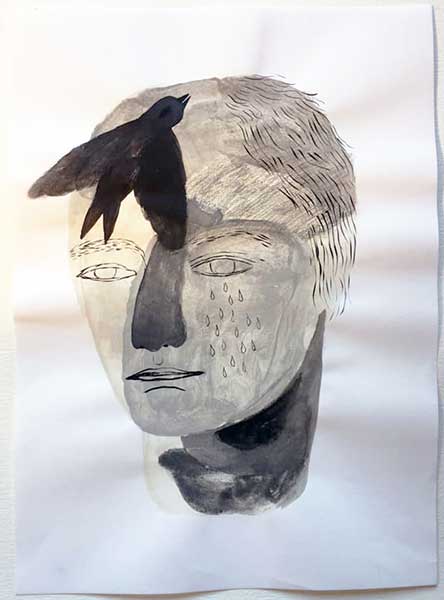 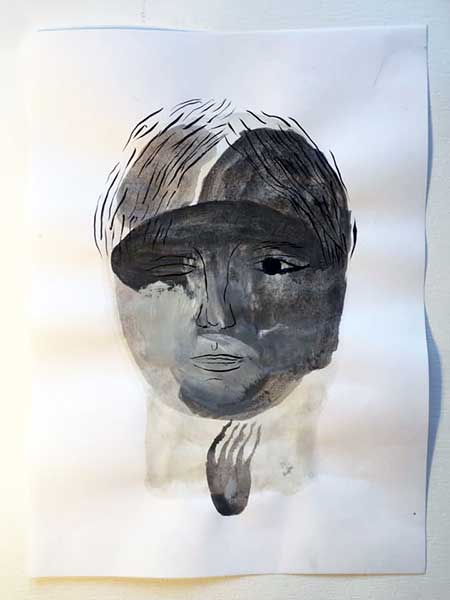 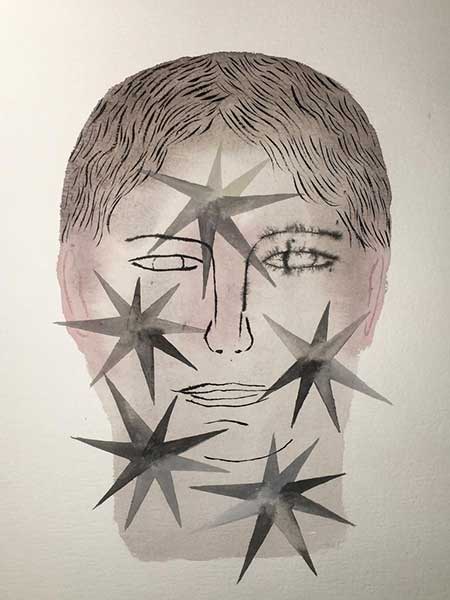